At the Ninth National Conference on Primary Health Care Access, a panel was created in which three brothers, Doctors Philip R Lee, Peter V Lee and Hewlett Lee, all prominent in health care reform or health care education reform, made their first presentation together. They were introduced by Dr Peter Lee’s son, Peter, who later became director of one of California’s health care agencies. 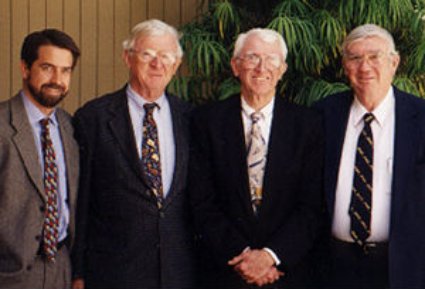 The following podcast, the first in a planned series of historically important speeches that have taken place at the first twenty National Conferences, is of Dr Phil Lee speaking about the unintended consequences of the last great federal health care reform intitiatives – the passage of the Medicare and Medicaid laws. Dr Lee served both President Johnson and President Clinton during the two periods in which health reform was attempted – succeeding in 1965 and failing in 1993.

Dr Lee’s comments are especially relevant in this period in which dramatic changes in the health care system are expected. The Twenty First National Conference’s theme “Consequences” directly relates to Dr Lee’s comments.