The opening plenary session of the 24th National Conference on Primary Health Care Access will begin with a discussion of the policy bases and politics involved in the passage and implementation of the Patient Protecction and Accountable Care Act (PPACA).

Presenting the discussion will be Doctor David Sundwall of the University of Utah in Salt Lake City.

In keeping with the 24th National Conference’s theme “What Has Changed!”, Doctor Sundwall will highlight such critical events as the United States Supreme Court adjudication of challenges to the PPACA’s constitutionality, especially its most controversial feature the “individual mandate”.

His review of the milestones will include some comments on the pace of legislative implementation, and the degree to which the results of the November 2012 elections and subsequent events have affected the likelihood of the act being implemented in its entirety.

Doctor Sundwall has served as the Administrator of the Health Resources and Services Administration in the late 1980s. Previous to that he was a staff consultant to the United States Senate Health and Labor Committee, and most recently was the Director of Utah’s State Department of Health.

Dr Sundwall currently serves as Vice Chairman of MACPAC (the Medicaid and CHIP Payment and Access Commission), which is tasked with recommending changes in the nation’s Medicaid program. 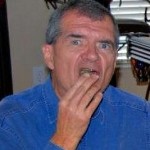 Joining Dr Sundwall on the plenary panel ast reactor will be Dr Allan Wilke, whose forums on the health care reform process have been among the popular features of this website. [See Allan Wilke’s Forum, Second Stage: A Few Words In Defense of Health Care Insurance Reform and Forum on Health Care Reform: Doctor Allan Wilke’s Thoughts.]

Dr Wilke is also a Senior Fellow of the Coastal Research Group and National Conferences on Primary Health Care Access.

The 24th National Conference on Primary Health Care Access is an invitational conference, which will be held April 8-11, 2013 at the Grand Hyatt Kaua’i (Koloa, Kaua’i, Hawai’i).

Additional information may be found at: The 24th National Conference on Primary Health Care Access at the Grand Hyatt Kaua’i April 7-11, 2013.